If you have moss on your tarmac driveway and need a good moss killer for tarmac, Moss Clear may be the answer. You can kill off and remove Moss quickly from tarmac surfaces with Moss Clear. Once the moss has been removed use a tarmac restorer like Tarmaseal™ to make the tarmac look like new.

Moss remover can be used to kill and remove moss from tennis courts. Moss growth on tennis courts can be slippery and dangerous to play on. We strongly recommend using the moss and algae remover to prevent the growth of moss on tennis courts.

Moss Clear is also a roof cleaning and paving cleaning concentrate. It safely removes all types of green growth without the need for washing off at high pressure or scrubbing.

By reducing the pressure whilst cleaning the risk of damage to roof tiles is minimised and cleaning time reduced. Moss Clear is also designed to be applied after the roof has been cleaned to eliminate the risk of moss and algae spores re-forming.

Moss clear is also suitable for use on paving, tarmac and other concrete surfaces. For best results dilute at a ratio of one part moss clear to five parts water. Coverage of approx 100m2 to 120m2 can be expected from 5 litres of moss clear, application by sprayer or watering can is recommended.

Moss clear, once dry, is a great moss and algae remover and a safe and non-hazardous product. Moss Clear is made from biodegradable ingredients and does not include any bleach or acid contents.

Let us know what you think...

0 reviews with a 2-star rating

There are no reviews with a 2-star rating yet 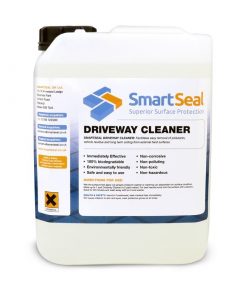 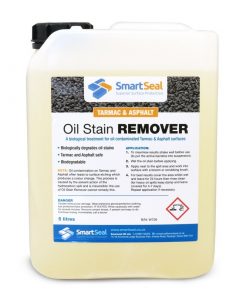